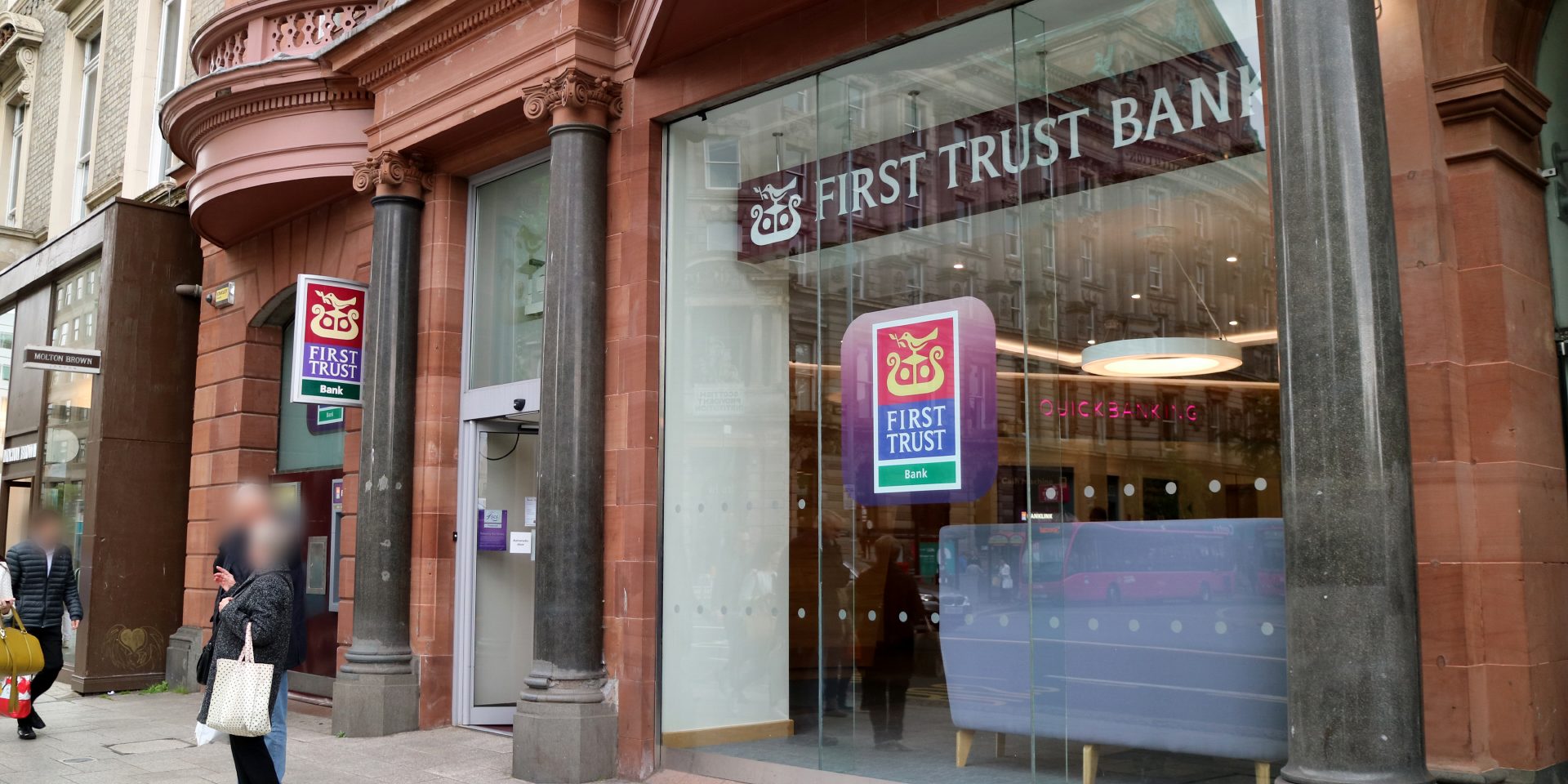 The flagship First Trust Bank is based in the heart of Belfast City on Donegall Square North. They approached us on a quest for internal signage along with window signage. First Trust Bank came to us in need of a corporate signage refresh. The bank has recently been opened after a £750k investment to provide a modern banking establishment for their customers.

Above the entrance door the logo has been cut out of frosted window film. It is a subtle enhancement to the empty window pane before the signage refresh. The company logo and name have been placed in the middle window pane of the banks window. It has been printed in full colour which really stands out and is a nice contrast to the frosted film above the entrance.

Moving inside the building we have created an information notice board to be displayed on the wall which houses DL brochures and A5 sized advertisements or flyers. The notice board uses the same purple which the logo has in it, helping bring together the brand. Other notice boards have been created for the entrance, they display information of opening times and a security notice. Surrounds have been created for certain areas of the bank such as the cash machine, quick lodge drop off point and quick banking. The surrounds are similar to the notice boards and also help to highlight the suggested area. Text has been etched into frosted glass film which is used as a design feature for closed in private booths.

We have created some beautifully bespoke signage for this First Trust Bank, so next time you’re in Belfast, pop in for a look at the signage we created.

Recent Articles
Search
Any Questions?
Interested in talking with us about taking your signage to the next level?
Go to Top